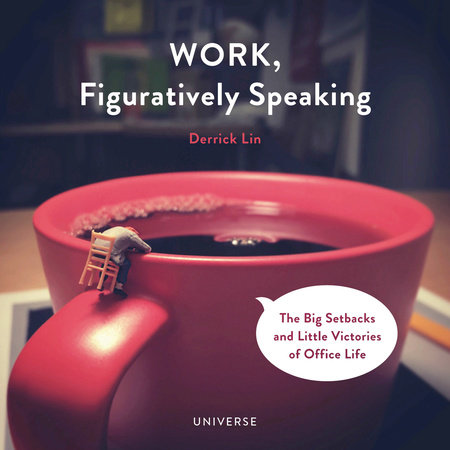 A bittersweet, comic rendering of everyday office life in miniature, based on the popular Instagram Figuratively Speaking. Using only his iPhone, his desk lamp, and his expansive collection of miniatures, Derrick Lin re-creates the everyday ups and downs of office life.

His Instagram, which grew out of an in-office creative challenge, took shape in 2014 and has been expanding steadily since. In intricately staged tableaus that are by turns laugh-out-loud funny or gently philosophical, Lin manages to capture the pains and pleasures of modern office life, from the joy of an unexpectedly slow day to a boozy office birthday party, a backstabbing colleague, and the agony of waiting on a new freelance gig. Even difficult moments are shown in a way that makes them lighter, more relatable, and unexpectedly funny.

Universally appealing, this book will resonate with anyone who has ever held down an office job—from those sitting down at their first desk to cubicle veterans—making it the perfect gift for college grads, a best office friend, or a retiring colleague.

Born in Taiwan, Derrick Lin is a senior digital-marketing strategist. Lin’s Instagram feed (@marsder) has received international coverage, and he has created original images for such partners as Entertainment Weekly, Disney, and Chipotle.

"Dozens of images within the book, to be released in October through Rizzoli, display Lin's mastery of composing miniature scenes. A bus squashes a man atop an accusatory work email directed at Lin—a mini visualization of "being thrown under the bus." A hand rests on a mouse, its fingers held aloft by little men, as a clever way to depict the stomach-gurgling feeling of hitting send too soon."
—VICE

"Working only with his iPhone, desk lighting, and a broad array of miniatures, Lin creates visual commentary on office life as well as recreations of popular artworks or scenes of escape. Many of his photos have been collected into an upcoming book titled Work, Figuratively Speaking: The Big Setbacks and Little Victories of Office Life, published this fall through Universe."
—Colossal

"Derrick Lin bills himself an “observer of the tiny moments of agency life, figuratively speaking” and he has captured these moments of the workplace in pictures"
—PhotoExcels

"Lin's work follows the grand tradition of artists who work in miniature, but rather than focusing on relationships or political struggles, he decided to hone in on the place where many of us spend the majority of our time—the office."
—My Modern Met

"Derrick Lin is no quitter. Instead of fighting the negative forces at work in the office, he started portraying them through a not-even-imagined way. And it is not only the dark side of office life that he depicts, but ordinary everyday office life. But, how he depicts it is something to marvel!"
—Awesomebytes

"Using only his iPhone, a desk lamp, and an expansive collection of miniatures, Derrick seeks to find the humor of the everyday ups and downs of life. He’s created over 300 vignettes, cleverly using the most ordinary objects as foundations of his tiny scenes."
—HonestlyWtf.com

"All Derrick Lin needs is his iPhone, office supplies, a reading lamp and some tiny figures to create pieces that wryly comment on office life. Or, as he puts it, ‘imaginary scenes of my honest thoughts in work situations right on my work desk’."
—The Guardian US 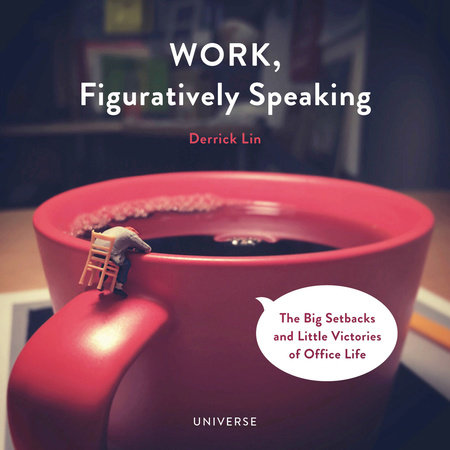