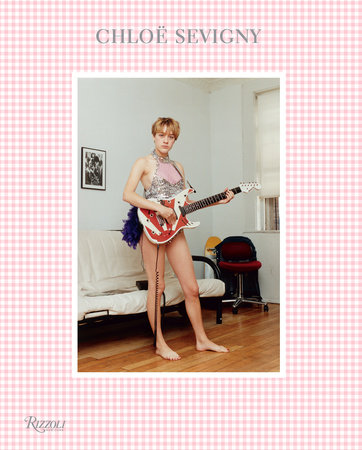 A celebration of the eclectic and daring personal style of the actress and contemporary fashion icon Chloë Sevigny—famous for looking cool without looking like she’s trying. Chloë Sevigny has been a muse in the downtown creative scene for over three decades, beginning in the early ’90s when she modeled for Sassy, appeared in a Sonic Youth music video, and then starred in the controversial independent movie Kids (1995). Her quirky and avant-garde fashion sense was quickly noticed by indie magazines and the world’s top photographers. Since then, she has starred in dozens of films and television series, in addition to starting a fashion label with the trendy global boutique Opening Ceremony. This volume is a deeply personal illustrated chronicle of the evolution of Sevigny’s unique style throughout her career: from a teenage skater girl to award-winning film actress and fashion designer. The book includes early personal photos of Chloë taken by her high school friends; film stills; modeling appearances for brands such as Miu Miu and Chloé; magazine editorials for Purple, i-D, and The Face by top photographers such as Mark Borthwick, Terry Richardson, and Juergen Teller; and homages by artists such as Elizabeth Peyton and Karen Kilimnik. Additionally, Sevigny shares some of her treasured personal memorabilia, such as casting fliers, Polaroids, zines, and pages from her day planners. This volume will appeal to the legions of global Chloë fans and fashion industry followers, as well as a mainstream audience who will find this book an inspirational style bible.

Chloë Sevigny is an award-winning American film actress, fashion designer, and former model. Some of her most notable roles were in Kids (1995), Boys Don't Cry (1999), American Psycho (2000), and the HBO television series Big Love, for which she received a Golden Globe in 2010. Kim Gordon is a visual artist and a founding member of the post-punk experimental rock band Sonic Youth.

"Model, actress and muse of independent cinema, Chloë Sevigny is a contemporary female icon who thinks outside the box." -Muse Magazine

"Part of the pleasure of perusing Chloë Sevigny is precisely in re-experiencing this pre-Internet era of 'alternative' and 'independent' that Sevigny inspired with her mischievous, do-it-yourself aesthetic. Even as she joined larger Hollywood ensembles and accrued more mainstream success, her passion for the avant-garde has not waned. Moreover, the book highlights contemporary fashion's extraordinary spirit of levity and inventiveness, qualities for which she has been largely responsible." -Rolling Stone

"Thus was born the retrospective album Chloë Sevigny (Rizzoli), a compilation of photographs, tear sheets, scrapbook pages, and other highly personal ephemera curated by the actor, designer, occasional Vogue model, and original street-style icon . . . the grainy photos in the book have an undeniably nostalgic appeal - in those antediluvian days we were still communicating largely without the help of computers, instead relying on the ancient machinery of typewriters, Polaroids, and Xeroxes." -Vogue

"Sevigny's latest project aims to stitch together her diverse pursuits. , a photo book published by Rizzoli, due out tomorrow, collects a hundred and seventy images from the span of her career, taken by friends and collaborators including Harmony Korine, Mario Sorrenti, and Inez and Vinoodh, with essays by Kim Gordon and Natasha Lyonne. It's not an art book or a scrapbook, she says, but a fan book, in the vein of teen fanzine tributes to River Phoenix or Matt Dillon." -The New Yorker

"As Rizzoli's new tome proves, little has changed since the '90s - Chloë is still as cool as ever." -Harper's Bazaar

"Chloë Sevigny hit the big screen 20 years ago with Kids and later earned an Oscar nomination for Boys Don't Cry and a Golden Globe for Big Love. With the release of a self-titled book of portraits, the actress reflects on her other full-time job: being cool." -Entertainment Weekly

"The New Yorker famously called her 'the coolest girl in the world,' so Chloë Sevigny needs little introduction. Boasting a resume of eclectic credentials - each one more impressive and unique than the last - she is that rare creature who is cool without trying, effortless without being conceited, and interesting without being pretentious. A muse to film directors, designers, and musicians for over two decades, her latest venture is a self-titled book published by Rizzoli that chronicles her journey from a teen trawling skate parks in the early ‘90s, to her career as an it-girl, actress, and model bar none." -Yahoo! Beauty

"...charts a rather fantastical, visually ecstatic coming-of-age - street urchin to star - in pictures, Polaroids, snapshots, magazine covers . . . the book is a wild ride through a well-spent youth." -Interview Magazine

"The term 'It Girl' tends to be overused and is borderline meaningless at times, but when you're talking about Chloë Sevigny, it's an ideal descriptor. In her self-titled photo book—published by Rizzoli and boasting a foreword by Kim Gordon—Sevigny's eclectic and truly personal style is explored, from her days as a teenager interning for Sassy to being the face of Miu Miu." -CoolHunting.com

"Chloë fans, rejoice! ‘The Coolest Girl in the World’ now has her own Rizzoli book." -I-D

"This book will be a total blast for the legions of Chloë Sevigny fans the world over and will be an inspirational must for young women everywhere, who march to their own fashion tune and appreciate Chloe’s fearless and fun choices— in fashion and in life!" -Marinela.com 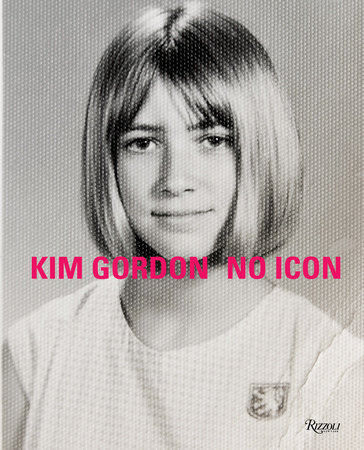