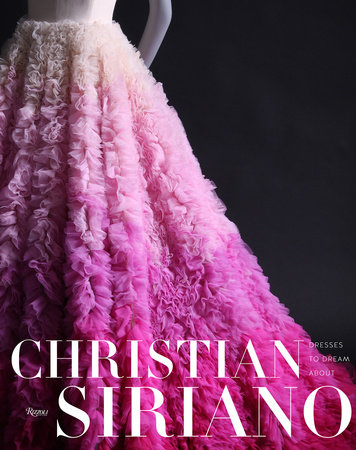 In this personal, insider’s look at his own work, Christian Siriano takes his fans through the creation of his favorite gowns, from sketch to dress.

Photography of the Siriano at work in his Manhattan studio and narration by the designer himself track the design process, and give a behind-the-scenes look at the work of one of America's leading young fashion stars. Sketches, mood boards, and photographs of the designer at work in his Manhattan studio give a behind-the-scenes look of the materials and crafting of his lavish dresses, culminating in images of the finished gowns, presenting an intimate look at his work and process.

Following the 2008 debut of his eponymous label at New York Fashion Week, Christian Siriano burst into international stardom, becoming a red-carpet favorite and one of today’s most popular young fashion designers. Known for the sophisticated structure and exquisite movement of his gowns, Siriano has also gained fans for his vision of inclusiveness in fashion. For the first time, the beloved designer offers an intimate glimpse into his imaginative design process in Dresses to Dream About.

Christian Siriano also designs seasonal collections of affordable shoes and handbags for Payless ShoeSource, an ongoing guest designer collaboration since 2009. In 2016 he designed a collaboration collection for Lane Bryant. Other design partnerships have included a beauty line for Victoria’s Secret, and clothing and/or accessories with HSN, Disney, Nordstrom, Best Buy, Puma, Starbucks, Spiegel, and others. "Silhouette," his first fragrance, launched in 2014. Christian Siriano intimates, eyewear, home/bedding, and beauty collections all launched in 2015 and 2016.

Christian Siriano is an American fashion designer and member of the Council of Fashion Designers of America (CFDA). In 2008, Siriano debuted his namesake collection at New York Fashion Week. His designs have become perennial red-carpet favorites among A-list celebrities and supermodels.

"One of today's top fashion designers, and Project Runway fan favorite, takes his fans through the creation of his favorite gowns, from sketch to dress."
—Society Diaries

"During the first ten years of his young career, Christian Siriano's ultra-feminine and highly detailed creations have made him go-to designer for red carpet-bound celebrities, brides and even the former First Lady. Now, his most gorgeous gowns are being commemorated in their very own book, due out next month."
—Hollywood Reporter

"Dresses to Dream About is as effective at putting the spotlight on these hidden gems within past Christian Siriano collections as it is at showcases the designer's creative range, showing the over-the-top ball gowns we fawn over on the red carpet alongside some of the quieter silhouettes he's made expressly for public figures looking to create a powerful image, like Michelle Obama."
—Glamour

"The book gives readers an intimate look into his design process — how he begins each dress with a simple sketch and transforms it into a beautiful 'three-dimensional piece,' Siriano tells Yahoo Lifestyle. 'I wanted people to see all the work that goes into a dress — it’s a lot.' "
—Yahoo! Style

"Years ago, Christian Siriano was rightly crowned as “the new king of old-school glamour” by Elle and that aesthetic can be seen in just about everything that the designer makes—and let’s be clear, he does a lot."
—New York Observer

"Christian Siriano has been helping women live their lives as fierce and fabulously as possible since he stepped on the scene ten years ago. To celebrate his first decade in the fashion industry, the Project Runway alumn has released a book Dresses to Dream About."
—Us Weekly

"Christian proves that in 2017, it's not enough to simply create glamorous red carpet gowns; the best designers make glamour accessible to all women. Such is the case with his new coffee table book "Dresses to Dream About" which retails for just $45 on ChristianSiriano.com and Amazon.com. In the hardcover tome, photographed by his husband Brad Walsh, Christian Siriano shares 150 pictures and sketches from his decade-long career in the fashion industry."
—TeenVogue.com 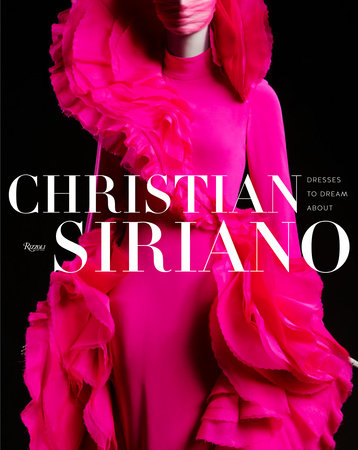