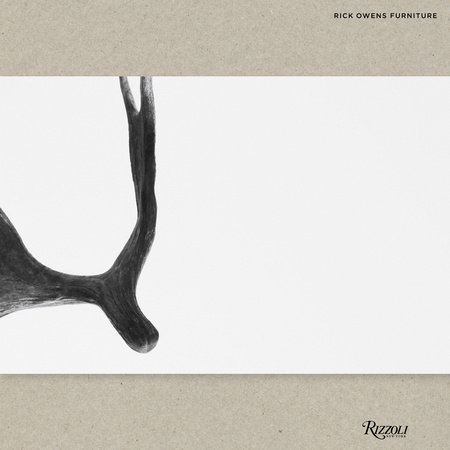 The first volume on the interiors and designs of one of the most influential designers today, providing unique insight into the creative lives of Rick Owens and his wife, Michele Lamy.

This book is conceived as an intimate look into the creative, personal, and often secretive lives of Rick Owens and his wife, muse, and collaborator, Michele Lamy. Known for his self-described “grunge meets glamour” style, Owens showed his first furniture collection in Paris in 2007. It was quickly received as a direct extension of his subversive aesthetic, with its bold mix of material, texture, and functionality, proving that his own artistic universe stretches far beyond the reaches of fashion into a lifestyle his acolytes could embrace.

Rick Owens: Interiors captures the place where Owens began designing furniture as a hobby, his iconic home and headquarters at the Palais Bourbon, a space populated with the furniture that Owens has been designing since 2006. Including antler chairs and petrified bark tables as well as workspaces and bedrooms, this volume provides a unique view of the lifestyle and body of interior design work of an artist who is constantly pushing the boundaries with his personal approach to craft.

Beautifully illustrated with previously unpublished photographs of materials and process, this book offers readers a distinct look at the home and lifestyle of one of the most acclaimed couples working in fashion today.

Rick Owens is an American fashion designer and winner of the Cooper-Hewitt National Design Award.

"In an accompanying book, which will be published by Rizzoli in February, Owens emphasizes the contributions of Michèle Lamy — his wife and creative partner, whom he affectionately calls “Hun” — in both the conception and creation of the furniture. 'Michèle has always said in interviews that we didn’t get together to have babies, and that’s true,' Owens allows (when they married in 2006, he was 45 and Lamy was 62). 'But this is kind of our baby, because this is very much a story of a relationship. This is my aesthetic and I pass the ball to her, and then she responds and passes the ball back to me. That’s what the furniture has become.'"
—New York Times T Magazine

“I love beautiful books,” said Owens, explaining the reasons why he decided to develop the project. “And I want to preserve my work on my terms with my edit.” The book collects a range of images showing Owens’ different working environments, as well as his creations infused with his distinctive style combining contrasting forces. Art Deco, leather bars, World War II concrete bunkers and Egyptian tombs seen in black-and-white Thirties Hollywood movies are the major sources of inspirations, which Owens mentioned as references of his work."
—Women's Wear Daily, The Scoop

"Take a stroll through Rick Owens’s new SoHo store and you'll find a series of rock crystal and camel hair–covered benches as perches for trying on the fashion designer’s signature sock sneaker boots or structural cantilevered heels. Make your way up the colossal concrete stairwell, and there are geometric marble chairs puzzled between silver racks filled with leather jackets, funnel-neck dresses, and asymmetrical tanks. It’s the perfect convergence of fashion and furniture, with everything single-handedly crafted by Owens. And while he’s best known for constructing imaginative gothwear, Owens’s creativity also expands into just-as-inventive furniture design. What started as a hobby with his wife, Michèle Lamy, soon transformed into a full-fledged collection of antler chairs, bark tables, and marble plinths that originally occupied his Palais Bourbon home in Paris, as illustrated in his recently released tome, Rick Owens Furniture (Rizzoli, $60). AD caught up with the designer at his Manhattan flagship to discuss his interior influences, location-specific design, and the development of his “anti-cozy” crusade."
—ArchitecturalDigest.com

"This past weekend, Rick Owens and Michele Lamy feted the release of their latest Rizzoli book, Rick Owens Furniture, with a signing at their flagship store in New York City’s bustling SoHo neighborhood. As can be expected from the cult designer, known for his dark, drapey layers, exaggerated silhouettes, and aggressive-looking footwear he once described as “monster trucks for your feet,” devoted acolytes and industry friends came out in full force. The line snaked around the block of the two-story flagship store, and continued up the staircase where the books were being signed. Rick Owens’ furniture line further fleshes out Owens’ brutalist aesthetic. Lamy, Owens’ wife and longtime creative partner whom he lovingly refers to as “Hun,” does a lot of the work on the furniture line, liaising with the numerous artisans responsible for bringing the stark silhouettes into fruition."
—HighSnobiety.com 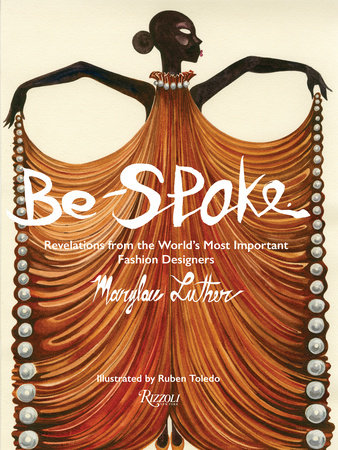 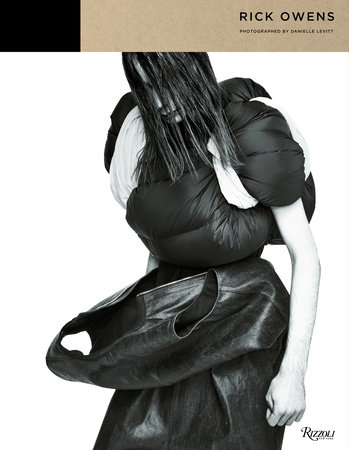 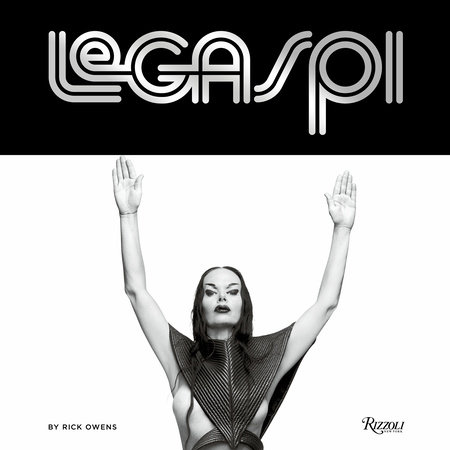