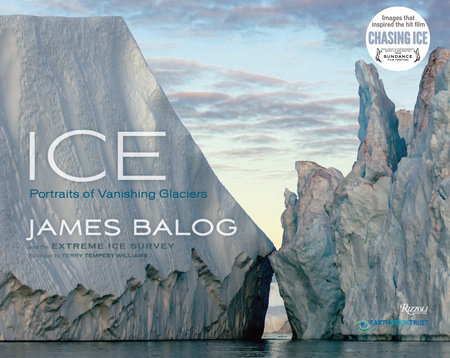 A never-before-seen look into the forbidding environment of glaciers, this book celebrates a realm of magnificent endangered beauty. Since 2005, renowned nature photographer James Balog has devoted himself to capturing glaciers and documenting their daily changes. These stunning images are a celebration of some of the most extraordinary natural formations on earth, as well as a dramatic and timely demonstration of the stark consequences resulting from global warming—from Alaska to Iceland to the Alps. As glaciologists for the Extreme Ice Survey, Balog and his team are conducting the most extensive glacier study ever, covering France, Switzerland, Iceland, Greenland, the United States (Alaska and Montana), Nepal, Bolivia, and Antarctica. Their high-resolution cameras capture approximately 4,000 images per year. From this collection of nearly half a million photos, Balog presents the most stunning panoramic photography of glaciers ever published.

James Balog’s photographs have been exhibited at more than one hundred museums and galleries worldwide, and his work has been featured in National Geographic, The New Yorker, and Vanity Fair, among many other magazines. Known for her impassioned and lyrical prose, Terry Tempest Williams is a well-known author of environmental literature and the recipient of dozens of awards for her nonfiction.

"..Balog's volume is as much a disturbing caveat as it is a gorgeous visual feast." ~American Photo

"Alongside the film, Jim has also realized an amazing book of still photography of glaciers....well worth your time" ~Huffington Post

"...merging ice and science to give a ‘visual voice’ to the planet’s changing ecosystems....Balog [has] a graduate degree in both geography and geomorphology and has been a photographer for over three decades. Suffice it to say, he knows what he’s talking about." ~the Wild Magazine

"Photographs...strike the eye with such power, and appeal with such subtlety, that viewers could scarcely imagine such epic materials and landscapes could disappear. General readers, artists, nature or geology fans, people who live or play in winter landscapes, and photographers, regardless of scientific or political bent, will all value this book" ~Book News

"Balog's breathtaking pictures show how erosian and melting temperatures taker their toll on the glaciers, shrinking and carving them. The result is dazzling to look at, but terrifying for the planet. The day could come when the only place we'll be able to see glaciers will be photographs like those in ICE." ~Science.time.com

"The pictures range from panoramic -- graceful stripes of eroded soil in ice; serpentine patterns created by meltwater above a thundering waterfall-- to close-ups of ice fragments so finely sculpted by nature they could be Swarovski vases. Who knew climate change could look so gorgeous?" ~Star Tribune

"James Balog's Ice: Portraits of Vanishing Glaciers is actually two books in one. The first showcases strikingly beautiful photographs of glaciers in Greenland, Iceland, Alaska, Canada, the Himalayas, the U.S. and Canadian Rockies, and other locations around the world. The second consists of time-lapse photos that record the changes the glaciers experienced over a six-year period." ~CNN.com

“It’s art as well as science: the project’s single-frame photographs capture the stunning beauty, architecture and enormity of ice formations. As a result, you can witness these amazing sights in Balog’s new book, ICE: Portraits of Vanishing Glaciers....book with a cause features 200 color photographs revealing the astonishing geological formations found in arctic and alpine landscapes at the far reaches of the world. Wise observations...beautifully formatted by top-tier art-book publisher, Rizzoli.” ~Urban Times Online Magazine

"There's no fancy post-production at work here, no Photoshop or labored HDR imaging, but instead,..remote-controlled work of EIS drones, deployed across the globe to watch and capture a grave incremental change to our planet." ~Rangefinder Magazine 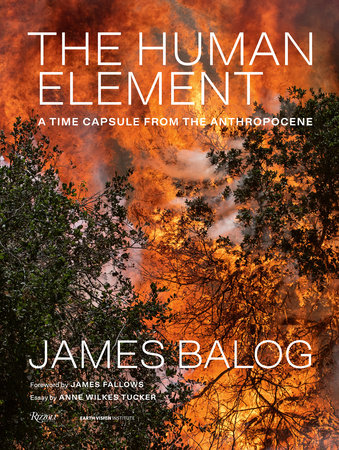