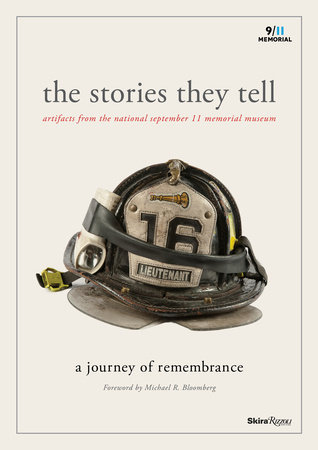 This poignant selection of artifacts—and their stories—from September 11 provides an official, lasting record of that day’s experience. In both text and photography, the story of September 11 is told through a selection of powerfully moving artifacts from the 9/11 museum’s collection that serve as touchstones to the day and its aftermath. From crushed FDNY trucks to the steel that was pierced as planes struck the Twin Towers, from victims’ property pulled from the wreckage and returned to families (who later donated the property to the museum) to spontaneous memorials collected from around Ground Zero, the array of objects tell complex and often surprising stories. Poignant artifacts as monumental as the Vesey Street staircase—which offered an escape for thousands fleeing the towers—and as intimate as a loved one’s wedding band or last recorded phone message are selected to illuminate people’s experiences during and after September 11, 2001, and February 26, 1993. The mission of the National September 11 Memorial & Museum is to bear solemn witness to the terrorist attacks against the World Trade Center. The museum honors the nearly 3,000 victims of these attacks and all those who risked their lives to save others. It further recognizes the thousands who survived and all who demonstrated extraordinary compassion in the aftermath.

Alice M. Greenwald is the director of the National September 11 Memorial & Museum. Clifford Chanin is the director of Education and Public Programming at the museum. Michael R. Bloomberg is the 108th mayor of New York City and chairman of the board of directors of the National September 11 Memorial & Museum.

“Notable Book of the Year: A dozen years later, there is still power in images and stories from the morning the towers fell and the world changed. A woman’s dust-crusted shoes, with their impractical four-inch heels, bring you back to the frantic and sadly incomplete evacuation of the doomed World Trade Center. Steel beams that endured, albeit mangled, speak of both violence and tenacity. Photos of the missing that once clung to lampposts and walls recall a city’s heartache and loved ones’ unanswered prayers. Artifacts in this handsome “journey of remembrance” are drawn from the museum that is part of New York’s Sept. 11 memorial. The book matches photos with essays by museum staff members, who lead the reader briskly through a history that includes the oft-neglected 1993 terrorist attack on the trade center. No doubt, many Americans by now have exhausted their reservoirs of tears. Even so, the wound stays unhealed.” ~The New York Times

"The 9/11 Memorial Museum is still a construction site, its giant artifacts sheathed in plastic and its exhibits not yet installed. But the museum on Tuesday will release a preview of sorts—a book of photos and essays telling the stories behind 28 objects from the museum's collection. The book, published by Skira Rizzoli, is intended to serve both as a companion guide for visitors to the museum, scheduled to open in spring 2014, and as a stand-alone title that allows readers to become intimately acquainted with artifacts that are heavy with emotional and historical meaning. The objects range in size from matchbooks offering a reward for Osama bin Laden to the slurry wall that withstood the collapse of the World Trade Center and held back the Hudson River. In many cases, the essays—written by museum staff members—describe not only the people behind the objects, but the journey the artifacts made before becoming part of the museum's collection. These stories shed light on the formation of the museum itself.” ~The Wall Street Journal

"The Stories They Tell is a poignant, powerful collection of photos of artifacts and exhibits from the National September 11 Memorial and Museum. It's a moving tribute to the events, victims, heroes, and emotions of the fateful day in 2001 that changed America forever." ~American Profile

"As a preview of what visitors will see once the museum opens, the National September 11 Memorial & Museum will release The Stories They Tell, a 160-page photo book (with a foreword by Mayor Bloomberg) that provides a look at some of the artifacts in its collection. Each item is accompanied by an essay explaining its significance and history; the back stories of the seemingly commonplace items, such as a red bandana or a dog’s leash, are by turns inspiring and tragic. “These are very difficult stories for [people] to tell, because many of the objects are so closely linked to a loved one or a friend who was killed,” explains Clifford Chanin, the institution’s vice president for education and public programming. But that’s why the book devotes equal attention to both a survivor’s dusty black high heels and a metal fragment from American Airlines Flight 77, which crashed into the Pentagon. “These mundane objects are transformed into something of extraordinary historic and memorial value.” ~Time Out New York

"A Sneak Peek at the Museum at Ground Zero. Get up close to a few of the special items that will be on display when the National September 11 Memorial Museum opens in spring 2014.” ~Reader's Digest

“Memorable images of 28 artifacts drawn from the extensive collection of the National September 11 Memorial & Museum are featured in the book The Stories They Tell. "The objects in the book are a small preview of what the museum visit will be like," said Clifford Chanin, director of education and public programs at the memorial and museum, a nonprofit foundation. "Whether it's a steel beam or recovered wallet, the items reveal their origins and placement in the 9/11 narrative." ~Los Angeles Times

"The Stories They Tell: Artifacts from the National September 11 Memorial Museum delves behind ephemera collected from the site to produce a curatorial record of why the objects were selected for display and what they reveal. This tasteful and enlightening book, by Clifford Chanin and Alice M. Greenwald, two museum executives, ranges over crushed fire trucks to personal artifacts, like a crumpled $2 bill, that bring dark memories and heartening heroics to life. The museum, Ms. Greenwald writes, “is a place to learn history in the very location where the events took place.” The journey to the bedrock, seven stories down, passes remnants of the fallen towers, which she writes “stand as touchstones, embodying collective memory and inviting an encounter with the authentic.” ~The New York Times

“The symbolism resonates mightily in objects—from large-scale artifacts to small, intimate personal effects—that introduce the powerful tales which make up the heart of The Stories They Tell…each item and story featured in the book helps a somber day in history come alive with humanity.” ~Gotham Magazine

“The Stories They Tell doesn’t ask us to wallow in the sadness of that moment in time, but rather find inspiration in the stories that rose form the ashes. We remember 9/11 not to commemorate the evil of the day. We remember 9/11 to celebrate the good of that day, and every day since.” ~Big Think

“…an inside look at the poignant personal artifacts that will go on display at the still-under-construction 9/11 Memorial and Museum. The Stories They Tell gives readers a first chance to see the museum’s exhibits, while also telling the stories of survivors, first responders and families who lost loved ones.” ~DNA

“The Stories They Tell is an important book that documents one of the more frightening events in American history. By seeing photos of some of the artifacts and reading the stories of the people directly affected, it helps us to realize how much support emerged in the wake of the attacks. It was a time when people not only form this country, but from around the globe united in a common goal to support one another…” ~Snug Harbor Bay 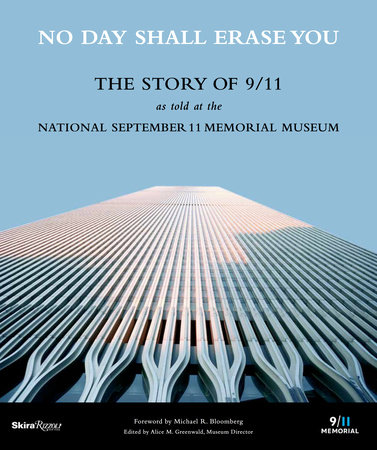