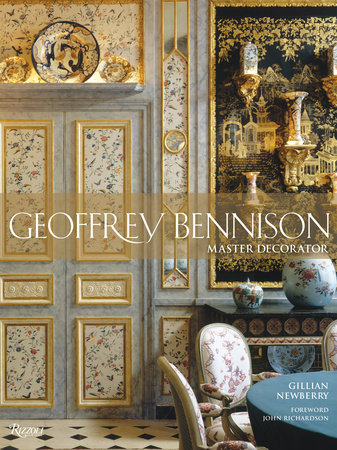 The first monograph on the work of renowned twentieth-century British decorator and antiques dealer Geoffrey Bennison. Geoffrey Bennison (1921–1984) ranks among England’s most influential designers, defying conventional notions of style to conjure up magnificent settings for discerning clients who loved his theatrical and romantic sensibility. The master of the layered look, he used antique textiles with his own fabrics to achieve a complex mix of scale, pattern, and color in inventive shades such as his evocative Red Riding Hood Red and Prussian Blue. His talent for combining eclectic objects, his unerring eye, and his deep knowledge of antiques earned him a reputation for sophisticated originality equaled by very few. Even today, leading designers turn to Bennison for inspiration. This lavish volume opens with an illuminating text about Bennison’s fascinating history—from his early days at the Slade School of Art and his work as an antiques dealer in London during the swinging sixties to his later career as an interior designer. All of Bennison’s interiors are showcased, from magnificent country estates and retreats to elegantly appointed apartments and townhouses filled with priceless French and English furniture and curiosities, making this book a must-have for design lovers.

Gillian Newberry worked at British Vogue, David Bailey’s photographic studio, and the Royal College of Art’s fashion school prior to assisting Bennison at his antiques shop and with the production of his fabrics. After Bennison’s death, Newberry and her husband founded Bennison Fabrics in 1985. Sir John Richardson is an eminent art historian and Picasso biographer.

"Geoffrey Bennison: Master Decorator (Rizzoli) surveys the career of the influential interior designer and antiques dealer . . . The book is packed with photographs of the homes, rich with pattern and texture, that Bennison crafted for European stars and socialities: a French Country house for Baron David de Rothschild, a London bachelor pad for actor Terrence Stamp, a Chelsea home turned into a floral fantasia for the Duchess of Beaufort." -Elle Decor

"One of the most influential British decorators of the 20th century . . . Known for defying conventional notions of style, Bennison earned a reputation for refined originality matched by very few." -Flower Magazine

"Written by long time shop associate Gillian Newberry, who continued Geoffrey’s work posthumously by founding Bennison Fabrics in 1985, we gain entree into his fascinating world. From his time at Slade School of Art where he showed early artistic talent, to his years as an antiques dealer at many London outposts and adventures during the swinging 60s to his career as an in-demand decorator for the most discerning international clients, [Geoffrey Bennison: Master Decorator] is a wild and sumptuous magic carpet of a ride in design." -Quintessence.com

"Geoffrey Bennison was and remains one of the most influential English designers you’ve never heard of. That is, unless you work in the esteemed design studio of Michael S. Smith, who launched his design career several decades ago with his own super-polished and deftly designed rooms that paid elegant homage to the tea-dyed, faded country gentry look that Bennison first perfected. . . . Geoffrey Bennison: Master Decorator, by Gillian Newberry, with a foreword by Sir John Richardson (Rizzoli) is the most beautiful tribute to genius Bennison. It’s luscious with images and ideas. It’s a feast of fabrics and softly faded tones, and highly understated designs. . . . Designers and architects, in particular, should keep two copies on hand at all times. Make that three. I just wish the late Mr. Bennison could be here to enjoy the fuss—and to sign some books." -StyleSaloniste.com

"If you are a design student or a new-to-the-profession designer, [Geoffrey Bennison: Master Decorator] will not only introduce you to the work of one of the twentieth century's most talented  designers, but it will also educate you about the significant roles that quality, craftsmanship, and connoisseurship should play in interior design. And if you're an old-hand in design, this book will remind you of the days when all three qualities were considered noble pursuits." -Peak of Chic

"Master decorator extraordinaire Geoffrey Bennison is considered a legend in the art of interior decoration and design, with contemporary designers often turning to his oeuvre for inspiration. This book is a first of its kind chronicling Bennison’s life and times, from his early days as an antiques dealer in London through to his later years as an acclaimed interior designer. From lavish country estates and magnificent retreats to tastefully executed apartments and townhouses, Bennison’s interiors were a showcase of his design sensibilities that combined his knowledge of English and French furniture, his eclectic mix of curiosities, and a unique sense of scale, pattern, color, and fabric texture together with his discerning taste in antiques and a flair for the dramatic." -Blouin Lifestyle 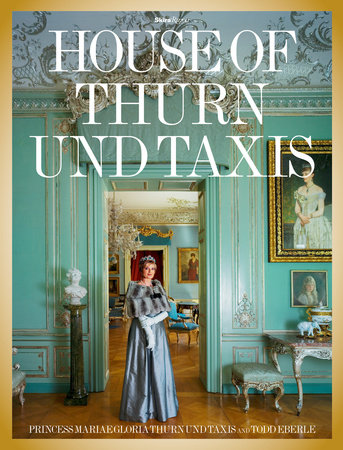