For NBA superstar turned style icon Russell Westbrook, fashion is not just a spectator sport—it pushes boundaries, blurs lines, and drives culture. This book is a celebration of Westbrook’s style on and off the court, and the creative people he admires and works with.

This book was created with three different covers designed by Raymond Pettibon and will be shipped to customers at random.

Russell Westbrook, a reigning two-time NBA All-Star MVP, is not your average basketball superstar. Apart from his meteoric rise within the ranks of the NBA, Westbrook is a creative force prominently known and admired by the fashion industry and his fan base for his daring sartorial experimentation and love of all things fashion. Whether he is seen at the front row of a runway show during Milan Fashion Week, within the pages of Vogue, GQ, and the New York Times style section, or collaborating with Barneys New York or the Jordan brand, Westbrook has garnered the reputation of being the NBA’s real fashion insider.

This book is a collection of stylish and inspiring images and text that provide a rare glimpse into Westbrook’s world, revealing how he uses style as a psychological weapon on and off the court and how he has redefined the role of a contemporary athlete turned cultural figure. From photographs documenting his bold and cutting-edge outfits worn during the playoffs to images of his collaborations with global style brands and original quotes and interviews with fellow athletes, designers, and creative figures that inspire Westbrook, this book explores how to be fearless and confident in fashion and in life, what it means to be stylish, and the importance of authenticity in everything from style and music to art and business. This all-access volume is an essential for his fans and readers interested in sports, style, design, and popular culture.

"The Olympian will be talking up his new Rizzoli-backed book “Russell Westbrook: Style Drivers,” which is due out early next month. "
—Women's Wear Daily

"Russell Westbrook (Rizzoli) dares us not to sweat his style."
—Vanity Fair

"The book—which features some of Westbrook's most memorable outfits—is a sort of blueprint for anyone looking to unlock their own personal style. Designers like Marcelo Burlon and Public School's Dao-Yi Chow and Maxwell Osborne all provide quotes, in addition to notables like DJ Khaled, Victor Cruz, Pusha T., Serena Williams, and even GQ Style's Editor-in-Chief Will Welch."
—GQ Magazine

"... a sumptuous collection of his greatest looks and personal philosophy on style..."
—Crave Online

"In a new book titled Russell Westbrook: Style Drivers, the reigning NBA MVP shows how he uses his clothing as an extension of himself. The book shows images of some of Westbrook’s most notable pre-game outfits as well as highlights of some of his clothing collaborations."
—HypeBeast.com

"In the book, the player and other notable figures, including DJ Khaled and Victor Cruz, speak at length about Westbrook's foray into the fashion industry..."
—Billboard.com

"His sense of style earned him the title of "Most Fashionable Athlete" of 2017 from Sports Illustrated , which is why it should come as no surprise that Westbrook is commemorating his own sartorial creativity with a project of his own: a Rizzoli coffee table book titled: Russell Westbrook: Style Drivers. The book is a collection of Westbrook's most memorable looks (and there have been plenty of them) and quotes that speak to self-expression..."
—Time Magazine

"Russell’s new book Style Drivers includes a wide range of fashion personalities. Each ‘style driver’ inspires Russell and provides a valued perspective on what it means to accomplish multiple things at once."
—Experchat.com 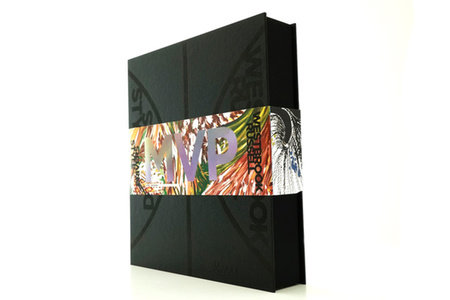