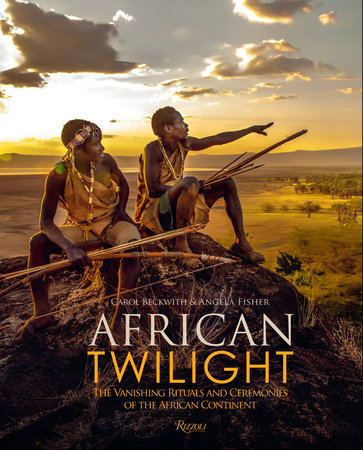 African Twilight is the two-volume, slipcased magnum opus of the two pioneering documentary photographers of African tribal cultures and ceremonies--a world that is quickly vanishing before our very eyes.

Now, nearly two decades after these photographer's landmark African Ceremonies and with a greater sense of urgency, this book completes the journey, covering disappearing rituals and ceremonies from some of the most inaccessible corners of the African continent, to create the definitive statement on this subject. This new landmark volume will set the standard for capturing a visual testament to the vanishing traditions of African peoples.No other book like this exists or can ever be created again, as more than 40 percent of what has been documented here has already vanished.
For the last 15 years of their four decades of African fieldwork, world-renowned photographers Carol Beckwith and Angela Fisher have continued their journey across Africa, seeking out remote communities to record the sacred ceremonies, powerful art forms, and boundless creativity of the people living there today. This ground-breaking book is a testament to these vanishing moments and peoples. African Twilight is a celebration of the powerful artistry and boundless creativity of Africa's cultural heritage for audiences worldwide, transporting viewers into a world of connections between individual and community, body and soul, land and people. All of the photography is previously unpublished.

Carol Beckwith was born in the United States in 1945 and educated at the Boston Museum School of Fine Arts in painting and photography. In 1974, she decided to make Africa her working base so she could live within the cultures that inspired her photography and painting.

Born in 1947 and educated in Australia, Angela Fisher graduated with a degree in Social Science from Adelaide University. After working with the Aborigines in Australia, Fisher moved to Kenya in 1970.

Together, Beckwith and Fisher embarked upon a study of the peoples and cultures of the Horn of Africa, and published their photography in a series of books: African Ark (1990), their two-volume landmark African Ceremonies (1999), and Faces of Africa (2004). Beckwith and Fisher exhibit internationally and lecture widely at prestigious venues. Their magazine credits include National Geographic, Natural History, African Art, the Observer Magazine, Time, Life, Vogue, Marie Claire, and Elle.

"Fisher and Beckwith’s photographs are hauntingly beautiful, often very moving and always poignant, because they are visual reminders of the power still evident in many African cultures. Much has been lost but what is left is to be cherished.”
— Financial Times

"Carol Beckwith and Angela Fisher spent the past four decades crisscrossing the African continent, traveling more than 300,000 miles in 48 countries. Their mission: photograph traditional societies disappearing into modern life. The pair came away with more than half a million images of ceremonies and rituals that mark birth, coming of age, the changing of the seasons, marriage, worship and death, as well as the lush garments, jewelry and artwork that go along with them. The photographs were taken in Tanzania, Kenya, Ethiopia, Benin, Nigeria, Botswana, the Democratic Republic of Congo, Cameroon, Madagascar and other countries. 'We got it just in time,' Fisher said of the rituals and ceremonies captured in their photographs. 'If we started now, we would have never been able to do it.'”
— The Los Angeles Times

"Beckwith and Fisher have gathered together an almost overwhelming collection to document the ceremonies of various remote communities. The first volume of their compendium both celebrates and contextualizes the various traditions and rights of many groups as they perform rituals of adulthood, relationships of kinship and affection, and the cycle of the seasons that shape their lives.”
— Musee Magazine

"The best Christmas books for travelers (2018)... No continent is urbanising faster than Africa. The rush to the towns is a theme for many photographers, but what interests Carol Beckwith and Angela Fisher is what’s being lost in the process. Their African Ceremonies (1999), documenting rites and rituals in 26 countries, won a UN Award for Excellence. African Twilight, another fascinating two-volume study that has been 12 years in the making, completes their journey. It includes ceremonies in the Democratic Republic of the Congo—which they couldn’t enter earlier—and the coronation of the voodoo king in Ouidah, Benin, a once-in-a-generation happening. Forty percent of what they document here, they say, has already vanished.”
— The Telegraph (UK)

"Named an ‘Essential Coffee-Table Book of 2018’: Beckwith and Fisher have 40 years of African fieldwork under their photographic belts, the last 15 of which were spent seeking out remote communities to record 'the sacred ceremonies, powerful art forms, and boundless creativity'—an astounding and heartbreaking 40 percent of which has already vanished of this writing.” — InsideHook.com

"African Twilight is a two-volume masterpiece of mind-blowing photographs and accompanying text that took 14 years to complete."
— The Sunday Times of South Africa

“Selection: Stunning Travel Books That Will Transport You Around the World—Without Actually Leaving Home.” – Robb Report 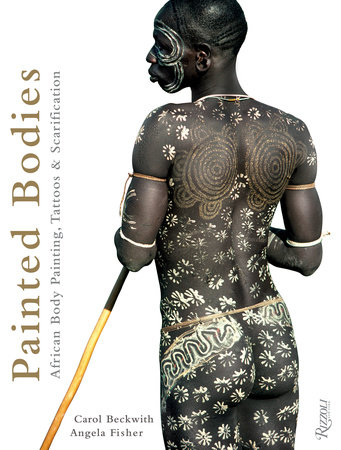