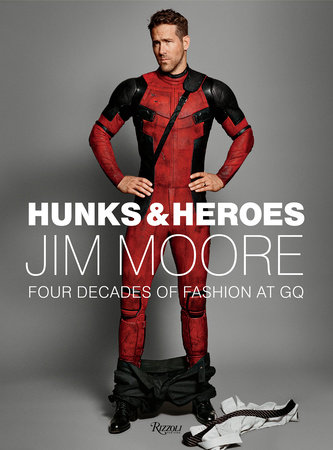 A celebration of men's style and how it's evolved--from the ever stylish GQ creative director at large--Jim Moore.

GQ is revered globally as the ultimate style guide for modern men, and Hunks and Heroes is an epic journey into the world of men's style as told and edited by Jim Moore. He began his career at GQ as an intern in 1979 and has since played a pivotal role in reshaping men's fashion during his nearly forty-year tenure at the magazine. From discovering new designers, distilling the latest men's trends, and extolling fashion advice and critiques in his popular online video series GQ Rules, to Channing Tatum wearing a "JIM F&%#ING MOORE" T-shirt, Moore's influence and impact on men's style is unequivocal.

In these pages, Moore takes us through forty years of men's fashion: featuring the most iconic GQ fashion looks, the magazine's unforgettable covers and editorial shoots, essential styling tips like how to dress up denim or style a khaki suit, insights on developing your own personal style, and stories showcasing Moore's knack at reworking the look of everyday men the magazine literally pulled off the street. This volume features 250 of Moore's iconic men's fashion photographs produced with internationally renowned image makers like Peggy Sirota, Craig McDean, and Inez & Vinoodh, and includes seminal GQ images of cultural icons such as celebrities, athletes, and politicians. This is the must-have style bible for all readers interested in men's fashion, style, culture, and celebrity.

Jim Moore is GQ magazine's creative director at large after forty years at the men's publication.

"GQ superfans and, indeed, anyone who cares about the progress of men’s style during Moore’s record-breaking, four-decade run now can revel in Hunks & Heroes (Rizzoli, $75), a 375-page feast of clothes, celebrities and heartfelt commentary from the veteran fashion editor." —HOLLYWOOD REPORTER

"Jim made the fantasy real, and the reality fantastic. He brought the world of fashion into the mainstream. He styled models, movie stars, world-famous musicians, and U.S. presidents, but he managed, no matter the wattage, to keep the reader foremost in mind, which is why the work stands up forty years later. Moore’s legendary career is celebrated in his new book, HUNKS & HEROES: FOUR DECADES OF FASHION AT GQ, which illustrates for the first time the pivotal role he played in reshaping men's style." —FORBES.COM

"Legendary creative director Jim Moore has been part of the GQ family for some 40 years, and he’s just released a book, Hunks and Heroes: Four Decades of Fashion at GQ, that highlights his influential body of work at the magazine." —FAST COMPANY

""In his 40 years at GQ, Creative Director at Large Jim Moore has seen it all. He’s worked with legends of every sort, from Academy Award winners to Presidents. Along the way, he’s left an indelible mark on men’s style, teaching entire generations of guys how to dress.His new book, Hunks and Heroes, chronicles his influence by collecting his most memorable photo shoots for GQ." —GQ

"His new book, Hunks & Heroes: Four Decades of Fashion at GQ (Rizzoli) traces and celebrates Moore’s 40 year career through 250 archival images of his most important collaborations with photographers such as Inez and Vinoodh, Peggy Sirota, and Craig McDean." —INTERVIEW 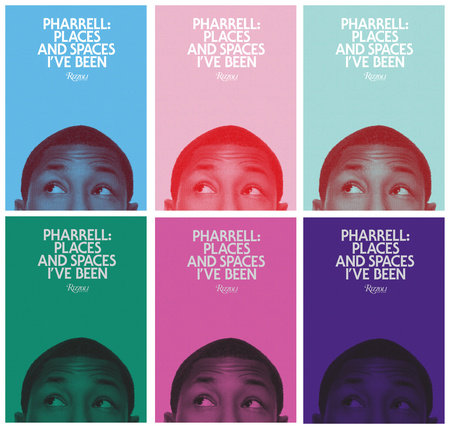