Look Inside Cinelli: The Art and Design of the Bicycle 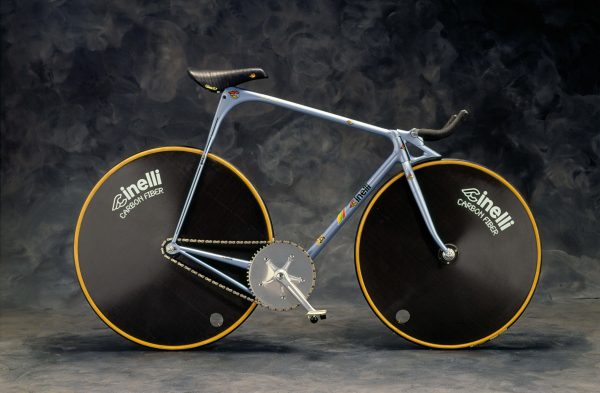 Since Cino Cinelli began making frames in Italy in the 1940s, Cinelli has set the standards for bicycle and component design. Cinelli has led the evolution of professional cycling and defined the ideal of the classic bicycle: from the classic Supercorsa racing frame to the cutting-edge MASH fixed-gear pursuit bikes; from innovations such as the first plastic racing saddles to the controversial Spinaci handlebars, banned from competition; and from timeless components, such as the Alter stem, to iconic meetings of art and design such as Keith Haring’s treatment of the hour record-setting Laser.

Click here to learn more about Cinelli: The Art and Design of the Bicycle, a beautifully illustrated book featuring more than sixty-five years of work by one of the most pioneering and influential names in bicycle design.